Breach of Contract In Quebec (Explained: All You Need To Know) 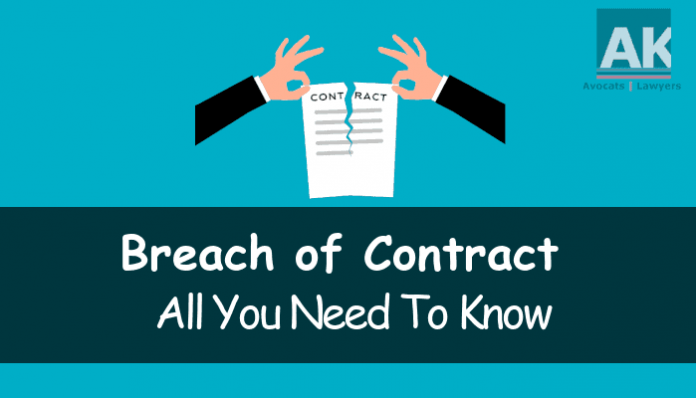 A breach of contract is a situation when a contracting party fails to execute its obligations or does not execute according to the agreement.

In this article, I will break down the notion of Breach of Contract in Quebec so you know all there is to know about it!

Let me explain to you what is a breach of contract in Quebec!

What Is A Breach of Contract

A breach of contract refers to a situation where a contracting party defaults, fails, neglects, or omits to perform its legal obligations.

Just like in most jurisdictions, when a party breaches the terms of its contract, the non-breaching party can file a lawsuit before the Quebec courts seeking various types of remedies.

The Civil Code of Quebec provides that a non-breaching party that has suffered damages or injury as a result of the breaching party’s actions or inaction can seek compensation.

Keep reading as I will break down the breach of contract elements and how it works.

Recommended article: Elements of a contract in Quebec

What Constitutes Breach of Contract In Quebec

In general, a breach of contract is governed by the Civil Code of Quebec in the province of Quebec.

Article 1458 of the Civil Code stipulates that “every person has a duty to honour his contractual undertakings”.

The article states further “where he fails in this duty, he is liable for any bodily, moral or material injury he causes to the other contracting party and is bound to make reparation for the injury”.

For a contract to be breached, a party must fail in its duty to honour its contractual obligations.

The plaintiff in court has the burden to prove that the defendant had a contractual obligation, failed in its duty, and caused prejudice.

There are three elements that must be proven for a breach of contract claim to be successful in Quebec: there was a fault, the plaintiff suffered damages, and the damages were directly caused by the defendant’s fault.

For example, if a seller was supposed to deliver a product by a certain deadline and failed to do so, the buyer can claim damages to the extent the failure resulted in damages.

Since contracts are highly versatile and used in so many situations, the courts will assess the circumstances of the case to determine if there was a contractual breach or not.

Recommended article: What is a bilateral contract

Notice of Claim For Breach of Contract

In Quebec, a party looking to pursue another for breach of contract is required to send a notice of claim (“mise en demeure” in French).

It’s important to send a notice of claim as the notice will typically refer to the contract in question, provide some details as to what was expected, what a party considers to be a breach, and gives the opportunity to the breaching party to find a way to rectify the situation.

In many cases, the notice of lead brings the parties to communicate with one another, either directly or through their attorneys, and resolve the issue.

However, if the matter is not resolved, the plaintiff will need this notice of claim as a key requirement when filing a lawsuit for damages.

Recommended article: What is a notice of claim

Remedies For Breach of Contract

In Quebec law, there are several remedies available to a party looking to file a civil lawsuit for breach of contract.

The most common remedies are injunctive relief to order the other party to do something or to refrain from doing something, to have the contract executed by a third party at the defendant’s expense, or obtain compensatory damages.

If the plaintiff prefers to maintain the contract, it can also request that its contractual obligations be proportionality reduced until the defendant executes its obligations.

Every contractual situation is different and the facts of the case are very important.

The plaintiff has the burden of proof which means that he or she must present appropriate evidence proving that the contract has been breached and satisfy the legal requirements for the remedy sought.

Recommended article: What is a mandatory injunction

In some situations, the other party’s failure to respect the terms of the contract will lead you to consider terminating the contract.

It’s important that you make this decision by ensuring that you have sufficient grounds to terminate the contract, otherwise, the other party may consider your termination as a breach in itself.

A contract can be terminated either by following the terms and conditions it provides for termination or based on statutory grounds.

If you’re looking to terminate a legally binding contract based on the other party’s breach, it would be important to consult a qualified attorney to assess your options and guide you through the process.

Recommended article: What is the end of a contract

What Does Not Constitute A Breach of Contract

In some situations, the courts in Quebec will not hold a party accountable for a breach.

The most common reason where a defendant can defend against a breach of contract claim is to demonstrate that the breach results from the plaintiff’s own actions.

Another scenario is when a plaintiff’s damages are caused by the action, inaction, or conduct of a third party.

The plaintiff cannot hold the defendant responsible for damages when the root cause of the fault was attributable to a third party.

In 2020, the COVID-19 pandemic resulted in many situations where contracting parties were unable to execute their obligations due to the disruptions caused in the market and the government bans.

So there you have it folks!

What is a breach of contract in Quebec?

Typically, a party suffering damages as a result of the other party’s failure to respect the contract can seek damages or take other actions in court.

Before taking legal action, it’s worth speaking to an attorney to see if there are other ways that you can resolve your contractual dispute so you can get results faster and at lower costs.

Now that you what is a breach of contract in Quebec and how it works, good luck with your research!

AK-Law is a boutique law firm having a core focus on all facets of business. We support businesses of all sizes in their day-to-day as well as strategic legal needs. If you want to know more about our firm, better understand what we do, or get a quote, be sure to reach out!

You May Also Like Related to Breach of Contract Quebec

Share
Facebook
Twitter
WhatsApp
Linkedin
Email
Print
Previous articleFederal Incorporation In Canada (Explained: All You Must Know)
Next articleBusiness Structures In Quebec (All You Need To Know)

Statement of Work (Explained: All You Need To Know)

Incorporation Quebec (How It Works And All You Need To Know) 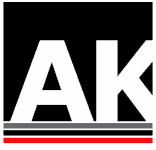